The SCENE is a footpath running alongside the Georgian water gardens, created by John Aislabie, within the National Trust’s Fountains Abbey and Studley Royal estate. 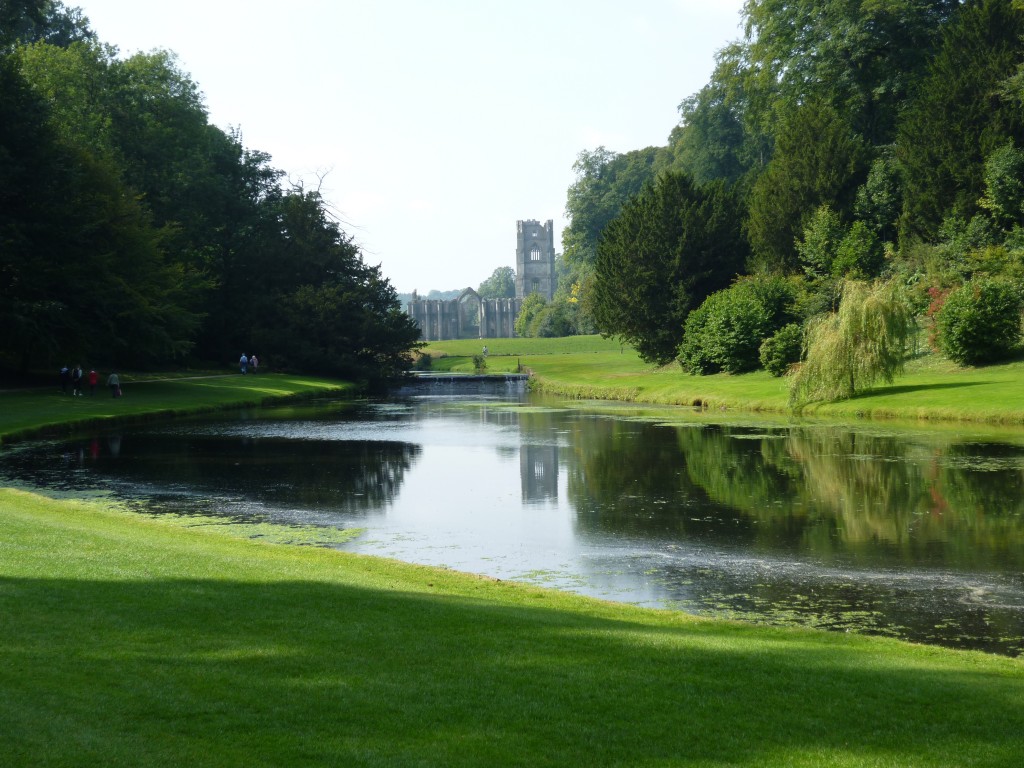 As the scene begins, we find the protagonists in mid-conversation:

STEVE: . . . . should have recorded this whole conversation, but do you mind if I just turn this on now?  (gesturing at his dictaphone)

WALLACE:     – and my experience is one of a kind of appreciation which is much more complex than I’d have said, so – ’

WALLACE:     No, I actually have to contribute –

WALLACE:     Yeah, I have to contribute to this landscape in terms of my thoughts about it.

STEVE (into dictaphone):     We’re talking about the moon ponds. 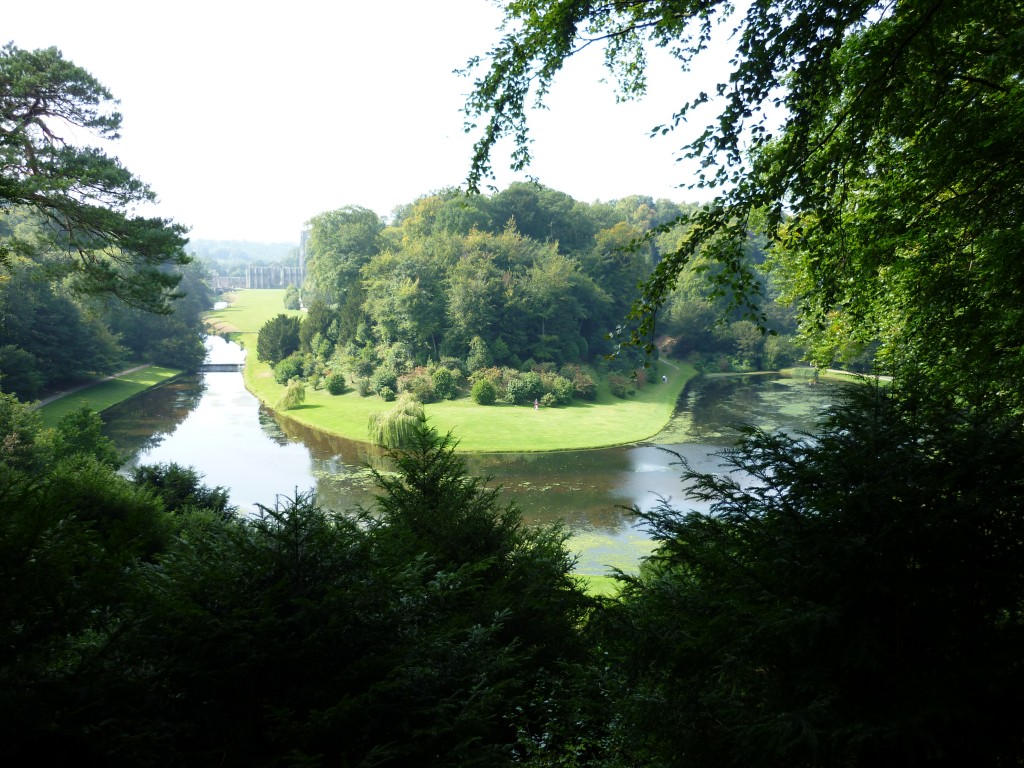 WALLACE:    This is – yes, and that’s what I do.  And there can be very, very divergent, disagreeing forms of appreciation of the same landscape.

WALLACE:     Within the same person, but it’s – if any of that makes sense?

STEVE:            I was struck by something that one of you said a few minutes ago about the greenness –

STEVE:           The word ‘green’ itself has all these different ramifications with –

STEVE:           Some basic phenomenological level where green is soothing.

ALISON:        –  three million pounds of research about all of that stuff, yes.

STEVE:            Yeah, I know, but in terms of what Wallace is talking about, that’s where these things collide, these different notions of green on some level, maybe.  That probably is very naïve –

DEE:                 But you would ask yourself whether – this is a silly thing now – but you could say to yourself, ‘Is my appreciation of the colour green because of this hard-wiring into the wild…. you know, our relationship with, going back prehistoric, or…’ – but which comes first?  Chicken and egg in a way, isn’t it?

WALLACE:     Yeah. What would this look like if it wasn’t flat grass, but low scrub …? 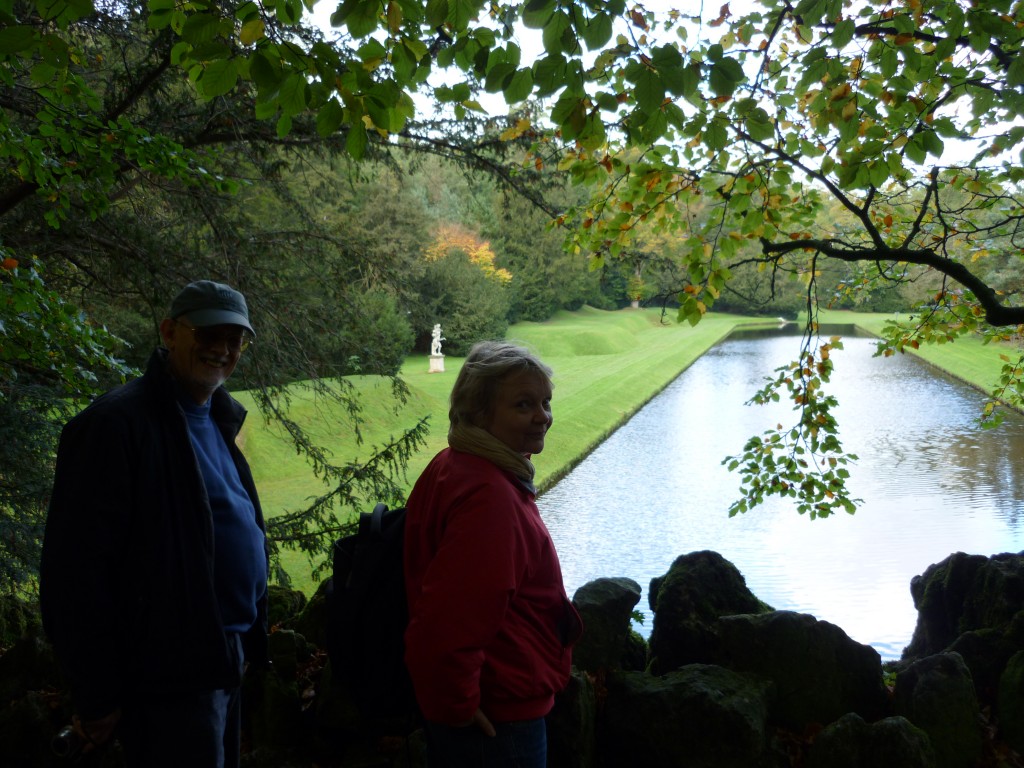 WALLACE:     Even with quite short things, you’d lose the line.

WALLACE:     The clear lines. But it would have a different texture to it.

ALISON:         And the whole business of green and grass, and lawns, and the whole gardening thingamabobby, which I do maintain is very strong in us, as a –

STEVE:   (to WALLACE) You described the whole place as Teflon.

STEVE:              – that to some extent, and I was thinking about this last night, that there’s, especially with performance people – and I know you two (meaning ALISON and WALLACE) don’t classify yourself in those terms necessarily – but that it goes back to that, “Oh, oh, the masses like this kind of thing but we’re sophisticated and we appreciate – ”

STEVE:            Yeah, and there’s a danger that in terms of like – that in looking at a place like this – that we miss the basic thing of the pleasure that people get out of coming here.

ALISON:          I really support you with that notion, I think it’s terribly important.

STEVE:             Right, right.  And what’s that pleasure about?  And again, if you could start to unpick the layers of that a bit… We have complex responses, I suppose, to a place like this.

WALLACE:     And I think my responses yesterday –

WALLACE:     – which were snotty and Teflony, well one of my first –

WALLACE:     So I’m having this trouble because of what you said.

ALISON:         Why Wallace responded like that yesterday, to being here?

WALLACE:     Well I think it’s – I wouldn’t attribute too much to it.  It’s that first response, and I know from experience that I don’t actually ‘appreciate’ very well.

ALISON:         But is that something to do with where you have come from, I mean literally?

WALLACE:     Yeah, we were force-fed wilderness.

WALLACE:      I’ve had as much training in performance as I do –

WALLACE:     – as I do in environmental science. 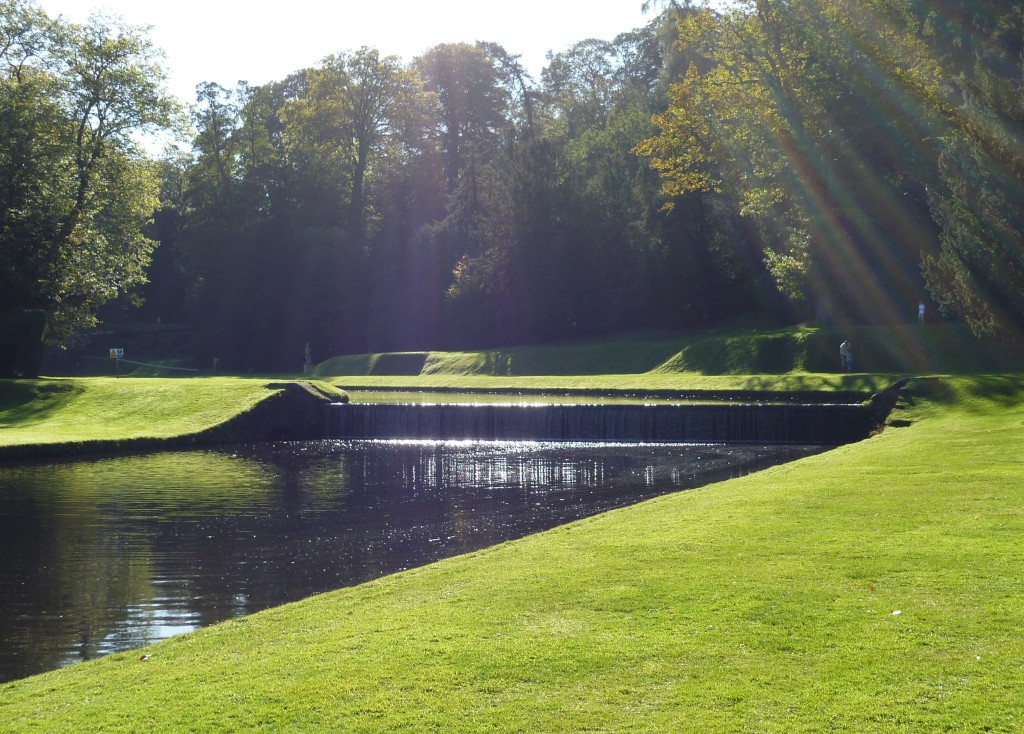 WALLACE:     I think what we need – one of my big fights is to say that, yes, okay, you could say this is beautiful.  But a landscape which had been – let’s say – managed for wildness …

WALLACE:     There’s a huge effort at seeing what’s beautiful in that –

WALLACE:     – for a lot of people.  Whereas this is – well it’s more familiar and more immediately saying –

STEVE:            Right.  But look at Jane Austen, you know, everybody coming up to Yorkshire for their aristocratic holidays – it’s why this county is dotted with estates like this. And so people are responding to something in the landscape, that they want to dump their –

STEVE:            – yeah, why are they coming to Yorkshire to dump their estates here, as opposed to anywhere else?

STEVE:            Well yeah, but that’s a different thing. If you look at Lancashire, which is dominated by mills and the industrial revolution (okay, that’s later than this, but – ), Lancashire isn’t full of stately homes in the same way that Yorkshire is.

DEE: (drawing attention back to the immediate view) But it looks entirely – from this angle it works, in a way …

STEVE:  (pressing on regardless) There’s so many around Leeds, so half of them now are in council ownership and they’ve all become parks, and –

WALLACE: (also looking at the view) You know outside the Museum of Modern Art…

WALLACE:     The land forms there, are not unlike that.

DEE:                And now it has its definition.  What I wanted to ask was, anyone who is more knowledgeable than me, is to what extent you feel that this particular landscaping has – I know it’s all managed, right, but this is a different type of management than the hill, with the, whatever trees those are … (pointing into the distance, to a gentle incline beyond the water garden…) 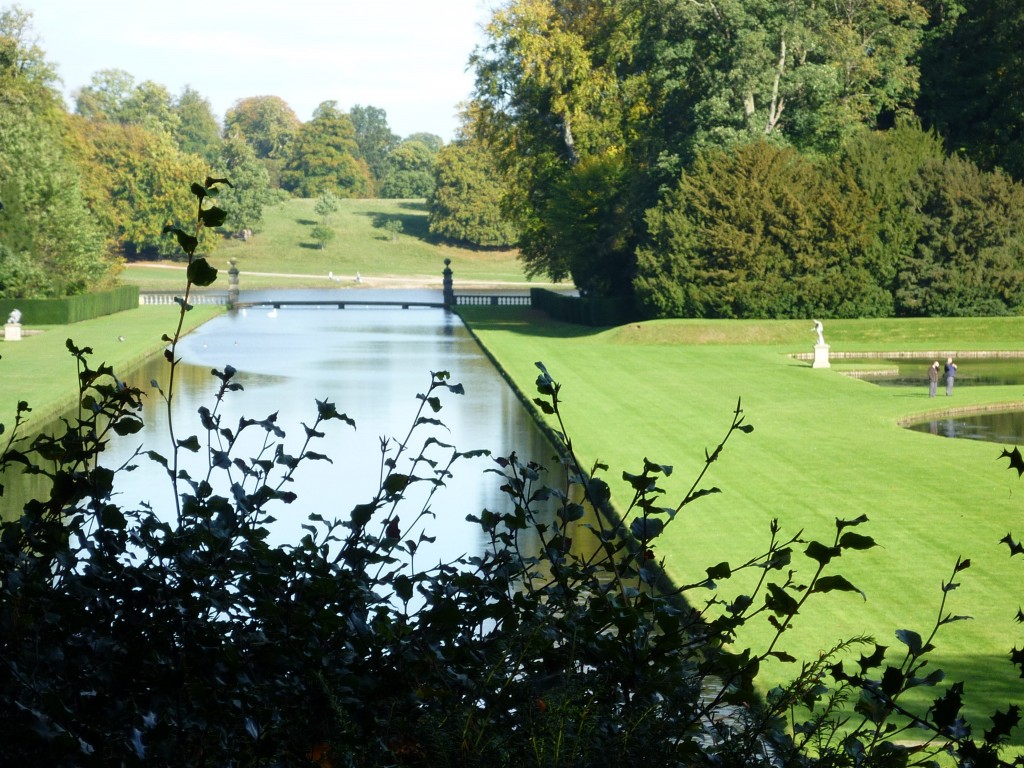 DEE:            Of the wider landscape.  And how these very constructed elements talk to each other. And that’s why I like it!

STEVE:       The whole place is incredibly theatrical, but yeah, exactly… and at a given moment, you might have a herd of deer wandering over that part…

ALISON:        The deer, I think deer have been in there for centuries and centuries.

WALLACE:     Right, so there probably would have been deer.

DEE: (still marvelling at the line of the water garden) It takes your eye to that horizon beautifully…

DEE:  (pointing across the water garden towards the Grecian edifice opposite) Would there have been tea there?  Would you have done anything there?

ALISON:            They flung things up in a cheapskate way – because they were just so desperately keen to do it.

STEVE:             Oedipus, for the sake of argument!  (laughter) Using the classical bit at the back but also these big walkways around the ponds. Do you know what I mean?  Like –

STEVE: (reconsidering his own suggestion, as he sees tourists walking around the ponds, on the area he imagines actors) Although actually, as soon as they start walking round this, I’m like, ‘Get off’.

DEE:  (noticing, at her feet, a patch of artificial grass covering a worn section of turf) See, I love that!  That’s some sort of postmodern moment, isn’t it?  The green grass.  But do you love that sort of –

ALISON:        But you mean – well there’s an interesting thought. If William [Aislabie] had AstroTurf to hand, would he have put down AstroTurf?  Well, indeed he might.

STEVE:           But actually that is the sort of thought you could bung into a performance! Bit of historical incongruity.  (Laughter)

STEVE: (quoting Debord) ‘In a world gone topsy turvy, the true is a moment of the false.’