Beyond the shrink-wrapped syndrome?

In his posting about the ‘shrink wrapped’ qualities of performance studies Steve asks what we might do to broaden the reach of our network in order to avoid getting caught in the trap that the Living Landscape conference was accused of having sprung. I agree with Steve that the conference as a whole skipped adroitly over that trap, thanks to the lively diversity of views and range of practices that were obviously in play. I wonder, though, whether the whole ‘topic’ of ‘environmental change’ can be significantly engaged without risking the self-reflexive, self-referential and even self-promoting qualities that so troubles the Times Higher Education critique of the book about Sarah Kane? This is because such change, now almost automatically, implies questions of human responsibility for the environmental ‘effects’ that seem to signal that global warming, for example, may actually be occurring. So in identifying that type of change as happening, humans are, so to speak, gazing at something of themselves. There we are, looking at ourselves as integral ghosts in the environmental ‘machine’ … or ‘organism’, should you prefer a Gaian metaphor.

[So when I looked at the eyes of the bullocks I saw them as ‘doleful’ because – even if I did not have a right to be in the field, or was not the vegetarian I once had been, or did not agree that their methane production was part of a major environmental problem – I was complicit in their fate. Of course the dolefulness was mine, but at least I think one must be aware of that syndrome. (See my response to Shrink-wrapped.)]

I am aware that such awareness runs many risks of actually disappearing up its own fundamentals, i.e. of becoming ‘self-promoting’. But on principle I refuse to give up on such risks, as self-referentiality and self-reflexivity – otherwise known as various types of ‘feedback’ – are crucial not just to academic work, but also to all sustainable ecologies. And the particular principle I have in mind is the inseparability of organisms from the Earth’s environments – and vice versa – that all network members surely know is a foundational tenet of significant ecological philosophy, analysis and action, but especially those of a radical kind.

[Hence whether in wellies, boots or barefoot I am knee, thigh or more than eyeball deep in the ‘mire’ of humanity’s Earth-bound effects, which I find both extremely hard to swallow and impossible not to sometimes admire … and, yes, the pun is intended.]

Of course Steve was absolutely right to have reminded us of the dangers of a recursive turn that can easily become too acute for its own good. But also the emphasis on the ‘self’ in the Kane review’s trinity of no-no terms can be taken as an important reminder that only in theory or through ideology can humans pretend to be abstracted from the body of global life, so to speak. Which brings me to the main point of this posting, because when the network grant was successfully secured Steve asked if I might work to facilitate debate on the key issue of how site-based theatre and performance might variously address the ‘problem of integrating the local with the global, the conceptual with the practical’, as the network statement on Research Context puts it. 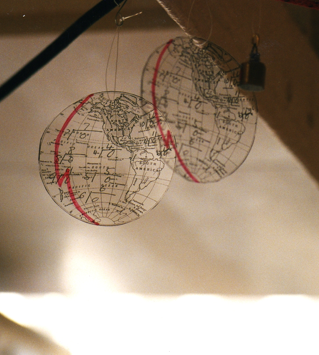 So what might this statement mean in practice for our network?

Here are a few initial and tentative questions for possible consideration (or, of course, challenge?), with a view to prompting discussion:

And finally, as we now must all be wary of becoming shrink-wrapped as a group, how can we best use the project’s resources – but perhaps especially the networks we all and/or each of us are a part of – to ensure that ‘significant others’ can freely contribute to addressing its objectives, should they so wish and be kind enough so to do?

This entry was posted in Uncategorized. Bookmark the permalink.